Menu
Log in
Register
Install the app
You are using an out of date browser. It may not display this or other websites correctly.
You should upgrade or use an alternative browser.

Finally got a few kills in deadman mode :D

Owner Of T E A L aka Super Mod

Staff member
First one which i remembered to take a screen shot of had such an unusual bank but decided to skull in catherby bank but i managed to get a few decent things from his person such as the black dhide, power ammy and the magic shortbow 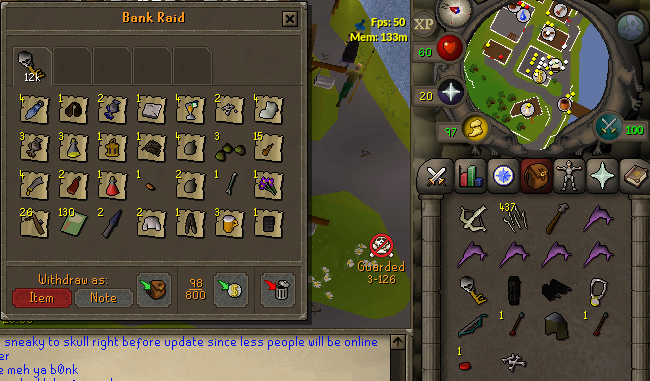 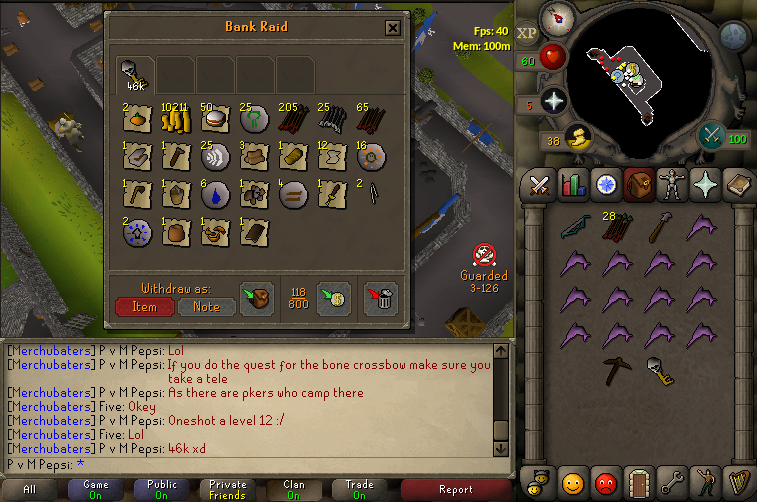 which i will upload here


Another kill but i accidentally banked the loot before the screenshot but i know i got 3k cash from his bank totalling 70k cash, a few diamond bolts, some rune arrows and a games necklace. But the addy full helm,red dhide, bone cbow, runes and the bolts was the main loot from killing him 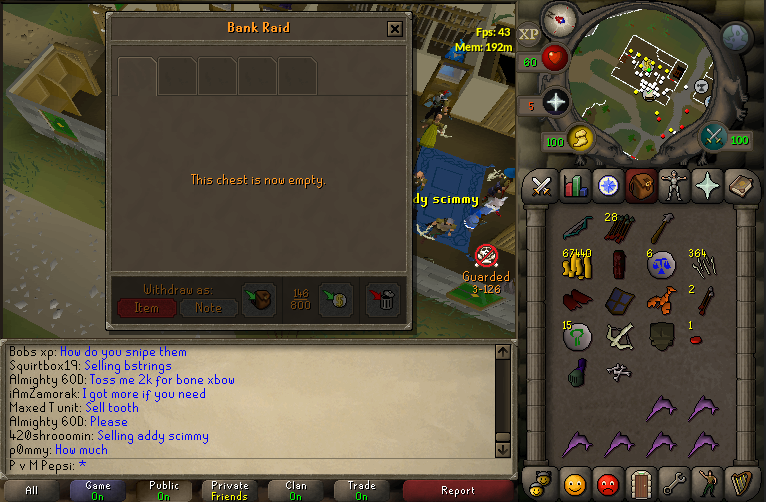 Owner Of T E A L aka Super Mod 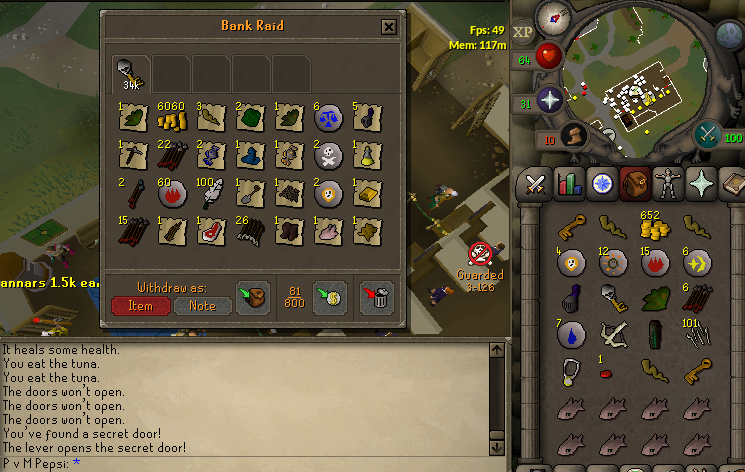 Random guy at hill giants skulled, he managed to get to draynor before i killed him and i got some stuff which will help me rebuild again

not so good after that all time
S

Good in that you got the kills and didn't die my friend, that's what matters.

top loot will sub if u make vids